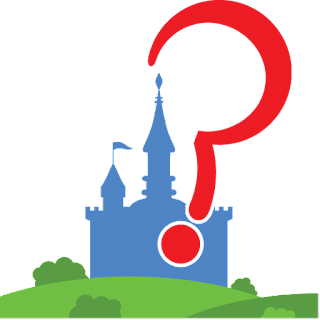 Disneyland and its sister parks offer a variety of fantastic lands for guests to visit, each mostly self-contained and immersive within its own universe. Fantasyland never interferes with Tomorrowland, which never really touches Adventureland, and so on. As a result, all of these different experiences have very little to do with each other, and that's great! Everyone has their favorite area of the park or favorite ride, and it (mostly) all works. The park structure facilitates these different adventures and let's the guest choose their experience from these varied, independent attractions.

DisneySea eschewed this approach and tried something new, forgoing the fully independent lands by offering the connective tissue of the Society of Explorers and Adventurers as a background for multiple lands in the park. You can explore the original SEA headquarters, a Renaissance fortress, in Mediterranean Harbor and then go to American Waterfront and experience a 20th century hotel mystery based around a member of SEA, then go to Lost River Delta to see artifacts being packed to send back to the Waterfront. Overall, a pretty cool conceit, especially so for the detail-oriented. Since it's inception, the society has spread to virtually every Disney Resort, becoming an unwieldy web of connections for park guests to decipher. Putting more recent SEA work aside, it's undeniable that the idea of connecting lands is a fun one for designers and guests alike, giving them extra incentive to explore everything DisneySea has to offer. Even in this park where connections are fairly common, however, they are surprisingly light - more of a motif than a true story. These connections are put to good use, but can they go further? Or, to put it another way...

That's the question I intend to answer with my newest little experiment: Expedition Isles!

The idea came to me that if I want to understand a lot of the decisions made in designing a theme park, then I should, logically, design a theme park myself. Not just attractions, but the lands, the layout, the cast members, the logistics - everything! In this realm of my creation, I want to take the idea of an inter-connected theme park to its limit, examining its potential advantages, shortcomings, and whether it can tell a story that's any good. I also aim to incorporate my personal philosophy that parks should challenge their guests and push them beyond their comfort zone, to help them learn and grow while they are having fun and being thrilled along the way.

Before we begin, a quick word - this project is open to input from you - yes, you! If you have ideas to share or want to collaborate with art, ideas, or anything else, please feel free to reach out! It'll be much more fun to design something together, don't you agree?

Set in the early 20th century era of pulp adventure, Expedition Isles is a glimpse into a world obsessed with exploration and the pursuit of knowledge. But it's not just the world that's obsessed - you are, too, as you take on the role of the newest recruits of the Global exPloration Society, or GPS (thanks to a curious typo). Starting from HQ, you'll journey to six different regions around the globe to solve the mysteries that lie within. Along the way you're bound to encounter curious characters, alluring environments, and daring escapades. Not to worry - as a member of GPS, you're surely prepared for even the worst situations that might befall you! Part theme park, part escape room, and part video game, Expedition Isles is an adventure unlike any other. So what are you waiting for? The expedition awaits!

Why this theme in particular?

Simple! There's a number of reasons that some theme parks succeed over others, and a big one is setting. Ideally, their settings have to be set away from our modern world, whether through time, space, or alternate reality. They have to feel different, yet familiar enough for us to want to explore them. Furthermore, theme parks succeed when their authors understand the source material. For me, pulp adventure has always been a huge interest of mine, and it has proven to be quite fruitful as a framework for thematic design and construction (see Adventureland, S.E.A., etc.). Pulp adventure as a topic has proven itself to be a deep well, but it also hasn't been fully tapped, often remaining set in a jungle environment without much outside of that setting. It's scope in theme parks has been arbitrarily limited, and there is so much more to draw from. Plus I want to design something that excites me and, well, this does the trick!

But won't audiences get tired of the same theme throughout the entire park?

I don't think so. I think there's enough variance within the genre to sustain audience interest while at the same time meeting various audience demands. Depending on where you draw from there's easy leeway to incorporate adventure, romance, comedy, horror, mystery elements, and even dinosaurs. The variance in theme, combined with the variation in settings and a myriad of (hopefully) engaging story lines should keep the audience entertained. If anything, the unifying theme should help with cohesion and audience immersion.

Given the time period of the genre's creation, won't it be problematic to incorporate certain elements or ideas into the park?

In a word, yes. I don't want to fully ignore problematic ideas, as I feel it's better to address them head-on, but I also think it's silly to ignore the fact that I'm designing this park in 2018. Discretion is key. If something seems extremely problematic and there's no reason to use it, then I won't. If there's an opportunity to learn from our collective past and lead to a collective benefit, then we'll see. Racism, sexism, and discrimination of any kind have no place here, but worker's rights and economic issues could play an interesting role.

So this park isn't going to be set completely in the realm of fantasy?

No. Fantasy is good for escapism, and I think that's something that Disney and Universal do quite well. I know my limits and there's not a chance in the world I'm going to beat them at their own game. But I also think it's silly to have escapism as the only design philosophy for theme parks, so let's tread new ground and try something different.

Sounds good! So when is it opening?

Expedition Isles is intended to put guests in an immersive role playing experience and push the boundaries of thematic design. While some norms of theme parks remain - many will be thrown out the window. Some examples:

And that's just a small sampling of the changes that we'll be making!

Another key aspect of the park will be interactive quests, similar to those already present in the Florida parks (i.e. Animal Kingdom's Wilderness Explorers). Knowledge gained from walkthrough attractions, shows, and interactions can be used to find secret attractions, or be turned in for special meet n' greets and awards (i.e. turning in a quest in the city area may get you a Key to the City from the mayor).

The themes of the lands are already determined and include but are not limited to:

And more to be revealed in future posts, which will also go in-depth into the attractions and other features of each region! I think it's safe to say the expedition is just beginning!

And one final reminder: as much as this project is about building a theme park as realistically as possible, the focus is going to be as much on analysis of the creative process as it is on the park itself. I'm sure there will be plenty of mistakes made, but ultimately these are going to be learning opportunities and for that reason I look forward to making them! If articles about existing theme parks and/or Disney are more your cup of tea, don't worry, I'll be keeping up with those as well!

Thoughts? Comments? Have ideas to share? Let me know below!

Movies and theme park attractions are kind of an odd pairing when you think about it. True, movies have action, which can translate to p...